State Fragility and Collapse in the Arab Region 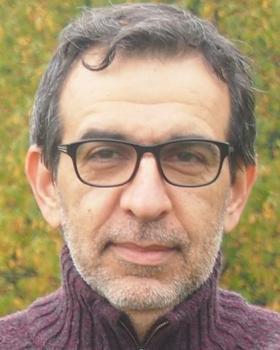 Ezzedine C. Fishere, an Egyptian political scientist, novelist, and former diplomat, presented his views on security in the Arab region in a talk titled, “State Fragility and Collapse in the Arab Region.” (view video) Jonas Elbousty, Senior Lector and Director of Undergraduate Studies in the Near Eastern Languages and Civilizations department at Yale, opened the event by setting the context of Fishere’s talk. He said that there is currently little academic consensus on how to identify and assist a failed state, and attempts at making determinations about what constitutes one have become even more important after the Arab Spring protests and revolutions.

In response, Fishere stated that “paying more attention to the question of state fragility and failure would be useful in understanding important aspects in both the struggle between authoritarianism and democratization, but also in understanding the deteriorating security situation in the Middle East.”

He identified four things that are thought to make a failed state: the loss of control over territory; the erosion of legitimacy for government institutions; the inability of the government to provide public services; and the inability to act as a member of the international community. Every Arab state except Kuwait, the United Arab Emirates, and Yemen are in the fragile to failed-states using these criteria. This means, he said, that they are incapable of managing the political and social spheres of their states through the political institutions that they have, including the informal ones.

The end of the Cold War and the natural resources boom coincided with an acceleration in cultural and social change since 1990, Fishere said.

“Taboos were being discussed and tackled, other modes of governance had been communicated directly to the people. [they saw] competitive elections almost everywhere except their country,” he continued. “The norms and values which are the basis for rules and political behavior and social attitude were changing in a way that is inconsistent with the practices of Arab states and their institutions.”

Many of these states managed to hold together, despite instability, for many years without collapsing. Fishere said they reached a tipping point at the Arab Spring.

“Ultimately the millions of Arabs who took to the streets and those who empathized with them have one common denominator, which is that they all want a functioning state. The claim, the demand that everyone seemed to share is that ‘this is not working, whatever this is, it’s not working.’”

In the aftermath of the Arab Spring, Fishere said it has become clear that there has yet to be an adequate response to either the concerns of security or concerns of state fragility and state building that arose. This, he said, is the crucial next step.

“We have a lot of literature on state failure and state building…we have very little on addressing state fragility and state failure. This should be a priority for research in the Middle East. The issue is no longer how and why states fail. The question is now how state failure can be addressed,” he said.

Fishere concluded by offering his thoughts on that very question. He identified three problems that should be addressed when considering how to rebuild failed states.

The first is that “national leaders in failed or fragile states often do not recognize that their states need deep reform, if not full reformatting of the state. If you do not overcome the problem of recognition…there is very little you can do,” he said.

The second problem that Fishere identified is that “even when you have recognition by national leaders, usually this recognition doesn’t translate into a reform program. State institutions which are supposed to carry out the reform are overwhelmed…Repression and corruption become a modus operandi of state institutions…[this] creates its own constituencies, and they become special interests that resist reform.”

The third issue is a lack of resources. “If you have an educational system that is failing, how can you have an experienced expert [to reform the state]? Where would you get judges if you want to reform your transitional justice system – who are not part of the old system – who are qualified judges?” he said.

“Maybe we [need to] shift the political conversations inside those states from focusing on the fight over freedoms and rights to focusing on how we make the state work,” he concluded. “How do you bring about rule of law? This is a different conversation from the political, symbolic conversations about ‘my rights’…shifting the conversation is important because, at some points during the Arab Spring, those who called for freedom had an opportunity to shape governance but they were incapable of changing the system,” he said. “The problem isn’t just authoritarianism - it’s something different.”