The Preferred Solution? Repatriation and the Resolution of Refugee Situations
Megan Bradley, McGill University - Department of Political Science and Institute for the Study of International Development

Not Only in the Mediterranean: Humanitarian Challenges of Migration in and Out of Africa*
Steven W. Smith, Duke University

India’s National Register Process in Assam: The Idea of Citizenship and the Future of Those Declare Non-Citizens
Sushant Singh, Indian Express Newspaper

Migration Policies at the Crossroads: Between Nationalist and Populist Repression and Long-Term Strategic ‘Facilitation’ of Mobility
François Crépeau, McGill University

What is Happening in Nicaragua? From an Accidental Activist

Host and Refugee Communities in Bangladesh: Data and Policy

Exploring the food and nutrition security of Syrian refugees and host communities during a protracted crisis: The case of Lebanon
Lamis Jomaa, American University of Beirut 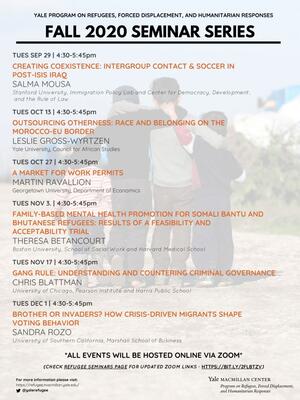 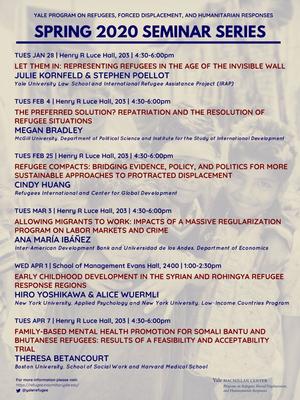 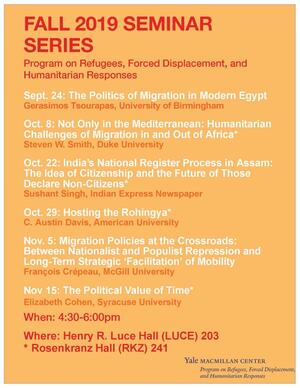 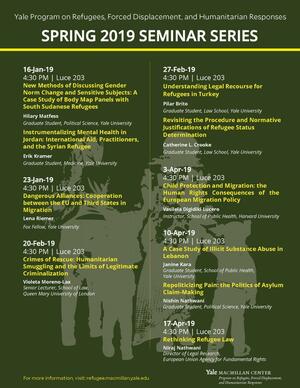 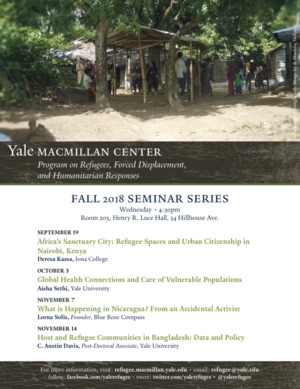 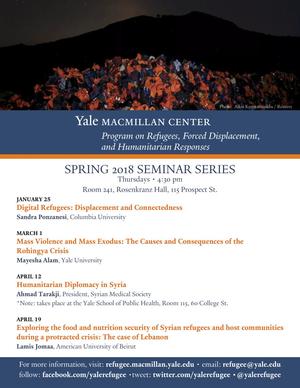 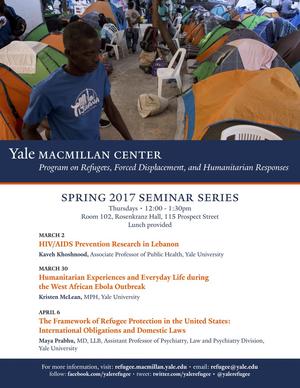