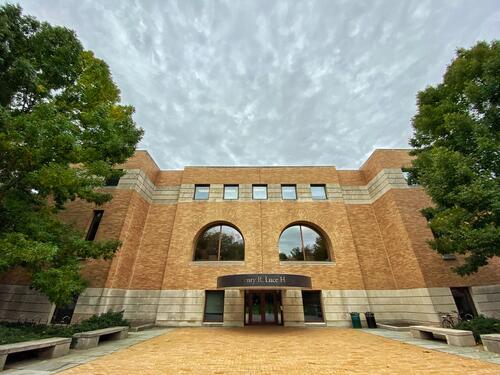 On Tuesday, the Yale MacMillan Center hosted the first event of its 10th refugee program seminar series, titled “What Is Home? Stories of Belonging from the New Syrian Diaspora.”

The seminar series, which began in 2017, is an initiative of the Yale Program on Refugees, Forced Displacement and Humanitarian Responses, also known as PRFDHR. The initiative is chaired by economics professor Musfiq Mobarak, who has research specialties in developing countries.

“Yale should be studying or contributing in some way to understanding [forced displacement],” Mobarak said. “The question was, how do we design a program, and what is Yale’s comparative advantage?”

The seminar series, Mobarak said, is one of several initiatives that the program has launched in order to foster a community for those interested in forced displacement and refugee studies.

Program Director Teresa Delgado took charge of the seminar series in 2019 and has witnessed its growth firsthand.

“It has grown quite a lot,” Delgado said. “We are very pleased because our role is one of disseminating … the research that has been done on the topic.”

Delgado also noted that the seminar’s reach has grown significantly since she began working at the program. While previous seminars averaged around 300 virtual viewers, the latest seminar from the series “When Does Migration Law Discriminate Against Women?” featuring Oxford University lecturer Catherine Briddick, received over 2,000 audience members from across the world.

Mobarak and Delgado emphasized the seminar’s global reach — its audience members tune in from New Haven and the United States to Lebanon and Turkey.

“One thing we’ve done that’s different with the seminar series than most seminars at Yale is that it’s open to the public and it’s open publicly around the world,” Mobarak said. “A lot of our seminars are being attended by people from countries that host large numbers of refugees.”

Delgado noted that this diversity carried over into the speakers themselves.

When Delgado searched for speakers, she said she hoped to find experts across multidisciplinary academic areas, from political science to economics, and scholars both at home and abroad.

“I try to diversify as much as possible from different perspectives,” Delgado said.

Political science professor at Northwestern University Wendy Pearlman, who spoke at Tuesday’s event about her research interviews with Syrian refugees, migrants and asylum seekers, noted the unique nature of the academic event, which she said was more engagement-oriented than she had been used to.

“The real focus of the talk was on reading excerpts from the interviews themselves,” Pearlman said. “It was very much focused on sharing stories and presenting voices more than it was focused on academic literature and findings.”

Pearlman also thought that the seminar series was extremely valuable for its distinctive perspectives and found it a terrific way to learn about the points of views held by her subject community.

Pearlman added that she appreciated the engagement she received from the global audience — especially because she was in the beginning stages of a new book project, covering research she discussed at the event.

“I was delighted when I saw the list of participants that there were many Syrians and Syrian Americans,” Pearlman said. “It opened up a space for people to … share their own experiences.”

The next seminar in the series — covering market structure and extortion in El Salvador and hosted by Princeton University professor María Micaela Sviatschi — will be hosted on Tuesday, Feb. 22 at Henry R. Luce Hall.

By William Porayouw for the Yale Daily News