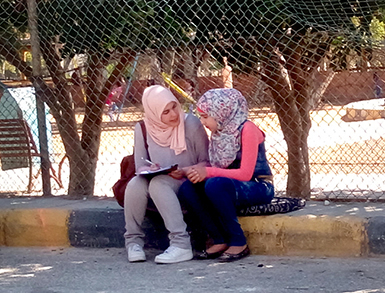 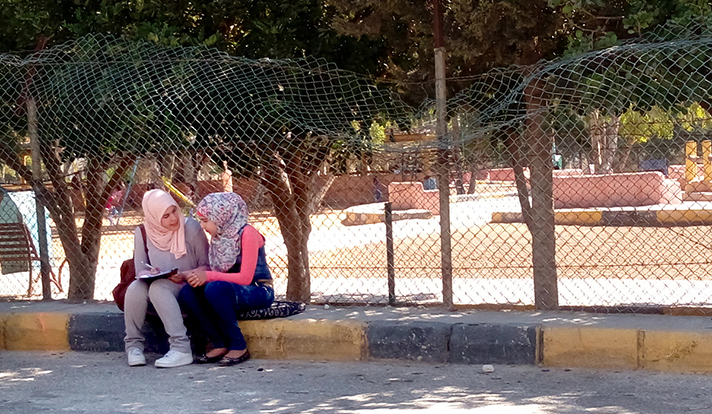 Over 5 million people have been forced to flee the six-year-old conflict in Syria, and over 650,000 Syrians are now rebuilding their lives in neighboring Jordan. Building resilience in people affected by war is a priority for humanitarian workers, but there is no established measure that could help assess the strengths that young people in the Middle East have in adversity. This makes it difficult to assess the nature of resilience and to track changes over time.

The researchers, in partnership with humanitarian organizations working on the Syrian-Jordanian border, have designed and tested a culturally relevant tool in English and Arabic languages. They describe their findings in an article published June 15 in Child Development. 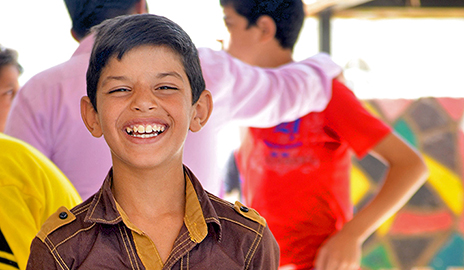 “Humanitarian organizations strive to alleviate suffering and also nurture the resilience of refugees — their ability to overcome adversity,” said Catherine Panter-Brick, professor of anthropology and global affairs at Yale University and the study’s lead author. “If you only focus on the negative — people’s trauma — then you’re missing the full picture. We have developed a tool for accurately measuring resilience in Arabic-speaking young people. This survey will help researchers and service providers to craft effective interventions that bolster people’s strengths.”

The tool is useful for quickly measuring resilience in both refugee and host communities. It identifies strengths at the individual, family, and cultural level, thus including individual, interpersonal, and collective sources of resilience. It asks respondents to rate 12 statements, including “I have opportunities to develop and improve myself for the future,” “my family stands by me in difficult times,” and “education is important to me,” on a five-point scale from “not at all” to “a lot.”

In consultation with groups of young Syrian refugees and Jordanian hosts, the research team first examined local understandings of resilience. Then they adapted and translated a tool that has been successfully used in other cultures with vulnerable populations — the Child and Youth Resilience Measure (CYRM) — to make it contextually relevant for use in Arabic-speaking refugee communities. To test the tool, the researchers interviewed 603 11- to 18-year-old boys and girls, including refugees and non-refugees, living in five towns near the Syrian-Jordanian border.

As expected, they found that higher levels of resilience were associated with less stress and fewer mental health problems. They also found interesting differences in sources of resilience within the populations surveyed. Boys and girls placed a different emphasis on the importance of family support, participation in religious activities, and education as a gateway to “the future.” And while Jordanians identified role models as important to resilience, Syrian refugee youth drew strength from overcoming their traumatic experiences, feeling re-settled, sustaining ambition, and believing that formal education was still important.  For all these young people, reliance on family ties was paramount, more so than relationships with peers, the researchers noted.

“This new survey tool measures an important aspect of wellbeing, one that examines positive strength, rather than vulnerability and difficulties,” said co-author and team leader, Rana Dajani, professor at the Hashemite University in Jordan. “It will help humanitarian organizations evaluate their programs for young people and their families.”

Catherine Panter-Brick is also the director of the Conflict, Resilience, and Health Program  at the Whitney and Betty MacMillan Center for International and Area Studies at Yale. The study’s other co-authors are Mark Eggerman, research scientist in global health and area studies at the MacMillan Center; Alastair Ager, director of the Institute of Global Health and Development at Queen Margaret University; Michael Ungar, professor of social work and director of the Resilience Research Centre at Dalhousie University in Canada; and Kristin Hadfield, postdoctoral research fellow at the Resilience Research Centre.

Their research was funded by Elrha’s Research for Health in Humanitarian Crises (R2HC) Programme (elrha.org/r2hc), which aims to improve health outcomes by strengthening the evidence base for public health interventions in humanitarian crises.  The R2HC programme is funded equally by the Wellcome Trust and the U.K. government.